Showing posts from April, 2015
Show all

vtprint - blast from the past 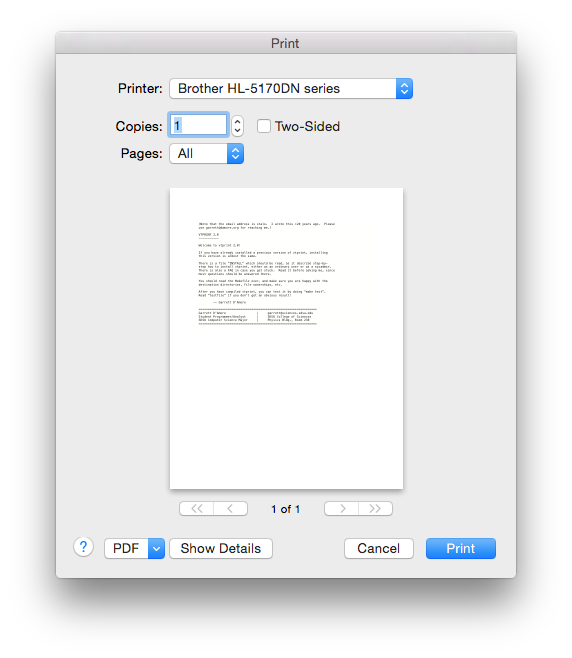 I recently decided to have a look back at some old  stuff I wrote.  Blast from the past stuff.  One of the things I decided to look at was the very first open source program I wrote -- something called vtprint . vtprint is a tool that borrowed ideas stolen from the pine mail program.  This comes from the days of serial dialups, and legacy ( Kermit  or ProComm for those who remember such things) serial connectivity over 14.4K modems.  Printing a file on a remote server was hard back then; you could transfer the file using xmodem using rx(1), or its "newer" variants, rb(1) or rz(1), but this was awkward.  It turns out that most physical terminals had support for an escape sequence that would start hardcopy to a locally attached printer, and another that would stop it.  And indeed, many terminal emulators have the same support.  (I added support for this myself to the rxvt (1) terminal emulator back in the mid 90's, so any emulators derived from rxvt inherit this suppor
Post a Comment
Read more
More posts