A big thank you goes out to Areca.

Areca have provided the source code for their Solaris driver, including support for the newer 6G RAID adapters. As a result, I've integrated a (somewhat cleaned up) copy this code as an update to arcmsr(7d) in illumos, under generous open source licensing:

This will make another HBA option available to folks. (Note these cards do support a JBOD mode, so you don't have to use hardware RAID -- indeed I would recommend that you don't when you have ZFS on the disks.
on March 30, 2011 5 comments:

This is a bit unusual relative to most of the locales, because Serbo-Croatian is a language fraught with some unique political considerations:

There is a common root language, that everyone speaks and understands. But speakers of it rarely agree on what to call it. In Serbia its Serbian. In Bosnia its Bosnian. And so on for Croatian and Montenegrin.
In illumos, we have followed the Unicode CLDR example, and we now have these locales:
hr_HR.UTF-8 - Croatian in Croatia
sr_BA.UTF-8 - Serbian in Bosnia and Herzegovina
sr_ME.UTF-8 - Serbian in Montenegro
sr_RS.UTF-8 - Serbian in Serbia
I want to apologize to anyone offended by this decision, but rather than make a contentious decision on our own, I decided it was best to simply follow the decisions of an international standards body. I believe that there is no fundamental difference in the languages, although some national variances appear to be present in the data files. If someone has more accurate names for these, or believes that some aliased locales will assist with compatibility with other operating systems, then I would be happy to hear suggestions. Ideally from someone familiar with accepted practice in these locations.
There is another wrinkle in all this too. This language -- thanks largely to occupation by Soviet forces as part of the SFR Yugoslavia, is commonly represented using two different alphabets -- Cyrillic and Latin. Generally most locations use Latin, but within Serbia, Cyrillic is mandated by law. So sr_RS uses Cyrillic, while the others use Latin.
Here are the two alphabets:
А Б В Г Д Ђ Е Ж З И Ј К Л Љ М Н Њ О П Р С Т Ћ У Ф Х Ц Ч Џ Ш
A B C Č Ć D Dž Đ E F G H I J K L Lj M N Nj O P R S Š T U V Z Ž
Anyway, if someone sees room for corrections or improvements here, especially if they are familiar with the language(s) and/or region(s), I would appreciate hearing back from you.
on March 23, 2011 8 comments:

It would appear that the old Planet OpenSolaris is no longer a community site.
At least the only blog posts that seem to be there anymore are those that are hosted on blogs.sun.com.
Certainly my posts, which used to show up there until quite recently, no longer do so.
Its possible that this is just a technical snafu, but the recent burst of posts there from Oracle employees suggest a shuffling of things internally in how Oracle handles blogs, and I suspect that eradication of community posts is just one more step along the way.
Of course, if I'm wrong, this post will show up there, and I'll have egg all over my face. :-)
on March 19, 2011 3 comments: 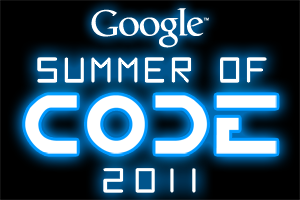 Great news! We (illumos) have been accepted as a Google Summer of Code mentoring organization.

If you are a student and want to get paid this summer to work on an enterprise grade operating system, please have a gander at our ideas page, and then go ahead and start an application.
You can find our application template on our organization information page on the GSoC 2011 site.
Good luck to all the applicants!
on March 18, 2011 No comments:


We now have manual pages in illumos. (Only the English pages -- POSIX locale -- are kept in the illumos code repository.)

This is key because it means that code and documentation can be maintained together, which is how some other projects (but not Solaris) manage it.

Got a pet project for illumos you would like someone to take up, and would do yourself if you had time? Like working with bright up and coming stars?
Are you a student looking to get involved with a nascent community of world class engineers, and have some free time on your hands this summer?
Maybe you can participate in Google's Summer of Code. We hope illumos will be selected to participate this. Some ideas are posted on our wiki already, but I'd love to hear other proposals. We have a very short window of time before we have to submit our mentoring org application, so let us know!
on March 06, 2011 No comments:

I just pushed this for Dan McDonald into illumos:

This change represents a significant new feature in COMSTAR and ZFS, which will greatly benefit people use SCSI target mode functionality in situations involving over-provisioning. More on that in a minute...
The feature itself was developed by Sumit Gupta for Nexenta, and is part of our upcoming 3.1 release of NexentaStor.
Subsequently, Dan took ownership of that code, and working with Eric and George (who are well established ZFS gurus and had significant and useful feedback) improved it still further, and got the code into illumos proper. I believe this represents the first significant ZFS feature to go into the tree since the illumos fork, and also amply demonstrates the collaboration in the illumos community.
I'm looking forward to more collaboration like this in the community.
Now, what does this feature give you? Well, if you're using SCSI Target Mode (either via iSCSI or Fibre Channel or FCoE) to serve up storage to systems running NTFS or ext4, you will be able to make better use of your storage.
Traditionally, when a file was deleted from a filesystem, it was mostly a matter of book-keeping in the meta data in the filesystem. There was nothing to note this in the underlying storage.
With newer SSDs, and with COMSTAR, the ability to get back this notification is incredibly useful. SSDs want it to do garbage collection or other optimizations thereby improving performance.
COMSTAR wants it because now when your thinly-provisioned zvol gets the notification, we can return the storage back to the pool. Prior to this change, the zvol could only grow, it could never shrink. Now, we can give storage back to the pool when you delete a file on the initiator. This is huge in environments running with a lot of VMs using thinly provisioned storage with overallocation.
Anyway, this is now in illumos thanks to Nexenta, and notably, Oracle doesn't have it. Of course, they are welcome to pick up the code for it, but they will need to follow the terms of the CDDL if they choose to do so, the same as everyone else.
on March 04, 2011 12 comments:

As promised, I'd send illumos photos from SCALE. Here's the illumos booth staff, from left to right there is Roland, Garrett (your humble author), Delya, Albert, and Rocky. Rocky was there representing Area Data Systems, who are both Nexenta partners and illumos sponsors. We also have a facebook photo gallery up, which seems somehow apropos since we were right next to the facebook both at SCALE.
I'm also pleased to report that a number of other Nexenta partners were present as well, showing off Nexenta based products. Next year, we hope they'll be back show casing technology based on illumos and NexentaStor 4.0.
on March 04, 2011 No comments: